The University of Hong Kong (HKU – CN: 香港大學) is the oldest tertiary institution in Hong Kong with its origins tracing back to the Hong Kong College of Medicine for Chinese in 1887. The university we see today was founded in 1911.

For visitors to Hong Kong, the attractions here are the University Museum and Art Gallery and the beautiful ‘Main Building’ which features Edwardian Baroque-style architecture dating to 1912. University Museum and Art Gallery houses Chinese art and antiquities including ceramics, bronzes, and paintings. For visit planning there is a very useful map page here maps.hku.hk and scroll down the left column and select Main Building. 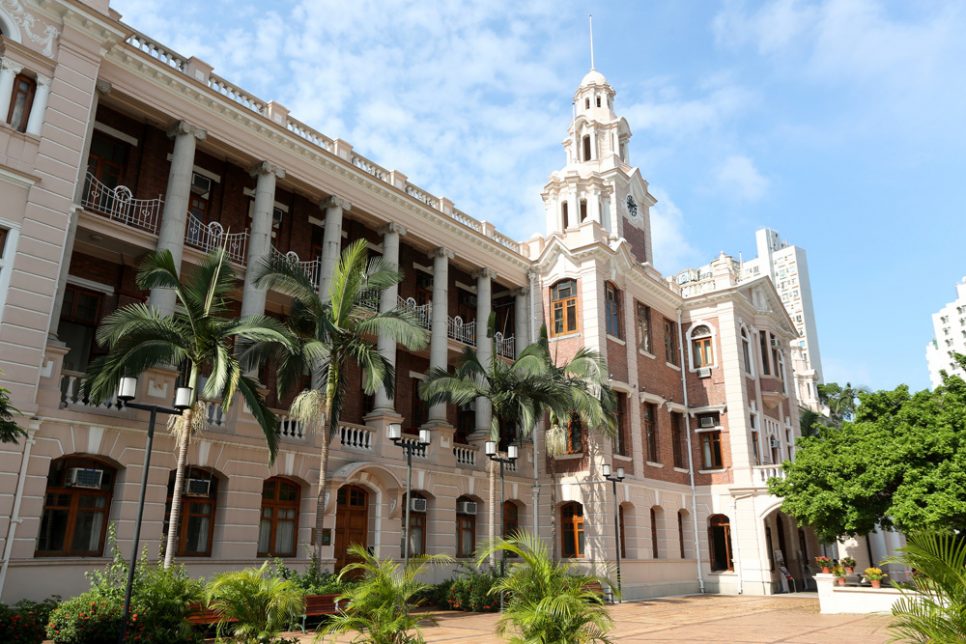 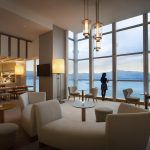 The University of Hong Kong was founded in 1911. Governor Sir Frederick Lugard had proposed to establish a university in Hong Kong to compete with the other Great Powers opening universities in China, most notably Prussia, which had just opened the Tongji German Medical School in Shanghai. Sir Hormusjee Naorojee Mody, an Indian businessman in Hong Kong, learned of Lugard’s plan and pledged to donate HK$150,000 towards the construction and HK$30,000 towards other costs. The Hong Kong Government and the business sector in southern China, which were both equally eager to learn “secrets of the West’s success” (referring to technological advances made since the Industrial Revolution), also gave their support. The Government contributed a site at West Point. Swire Group contributed £40,000 to endow a chair in Engineering, in addition to thousands of dollars in equipment (its aim was partly to bolster its corporate image following the death of a passenger on board one of its ships, Fatshan, and the subsequent unrest stirred by the Self-Government Society). Along with donations from other donors including the British Government and companies such as HSBC, Lugard finally had enough to fund the building of the university.

Charles Eliot was appointed HKU’s first Vice-Chancellor. As Governor of Hong Kong, Lugard laid the foundation stone of the Main Building on 16 March 1910 and hoped that the university would educate more Chinese people in British “imperial values”, as opposed to those of other Western powers. The university was incorporated in Hong Kong as a self-governing body of scholars on 30 March 1911 and had its official opening ceremony on 11 March 1912. It was founded as an all-male institution; women students were admitted for the first time ten years later.

As Lugard felt that the Chinese society at the time was not suited to ideals such as communism, the university originally emulated the University of Manchester in emphasising the sciences over the humanities.[citation needed] It opened with three founding faculties, Arts, Engineering and Medicine. The Faculty of Medicine was founded as the Hong Kong College of Medicine for Chinese by the London Missionary Society in 1887. Of the College’s early alumni, the most renowned was Sun Yat-sen, who led the Chinese Revolution of 1911 which changed China from an empire to a republic. In December 1916, the university held its first convocation, with 23 graduates and five honorary graduates.

The university’s main campus covers 160,000 square metres of land on Pokfulam Road and Bonham Road in Lung Fu Shan of Hong Kong Island. The university also has a few buildings in Sandy Bay Gap. HKU buildings are some of the few remaining examples of British Colonial architecture in Hong Kong. The university lends its name to HKU Station, the main public transport access to the campus opened in 2014.

The Li Ka Shing Faculty of Medicine is situated 4.5 km southwest of the main campus, in the Southern District near Sandy Bay and Pokfulam. The medical campus includes Queen Mary Hospital, the William M.W. Mong Building and research facilities. The Faculty of Dentistry is situated in the Prince Philip Dental Hospital, Sai Ying Pun.

The university also operates the Kadoorie Agricultural Research Centre, which occupies 95,000 square metres of land in the New Territories, and the Swire Institute of Marine Science at the southern tip of the d’Aguilar Peninsula on Hong Kong Island.

Admission
Admission to HKU is highly competitive. In 2016, the university received around 40,000 applications for undergraduate studies, over 16,000 of which were from outside the Hong Kong schools’ system. For Mainland China applicants, the enrollment rate was 1 student for every 21 applications. According to a survey done by the Education18.com (The Hong Kong Education Net), HKU enrolled students with the best performance in HKDSE examination in 2012. Internationally, applicants with more than 5 A*s in their GCE A-Levels, 75/75 in the Taiwan GSAT, 45/45 in IB, and 16 5** Zhuangyuan (狀元) (the top Gaokao scoring students in their province or city in mainland China) are amongst those matriculated into the University. The latest Global Admissions Profile, with information and data about last year’s admission and current international opportunities for those admitted, and the International Admissions Brochure, with information about applications for admission, are available on the HKU website.

Undergraduate candidates are selected according to their relative merit in the local public examination (HKDSEE) and apply online via JUPAS. Other applicants, including overseas students or ones taking other examinations, are classified as non-JUPAS applicants who are required to apply via the official website, where postgraduate applications may also be made.