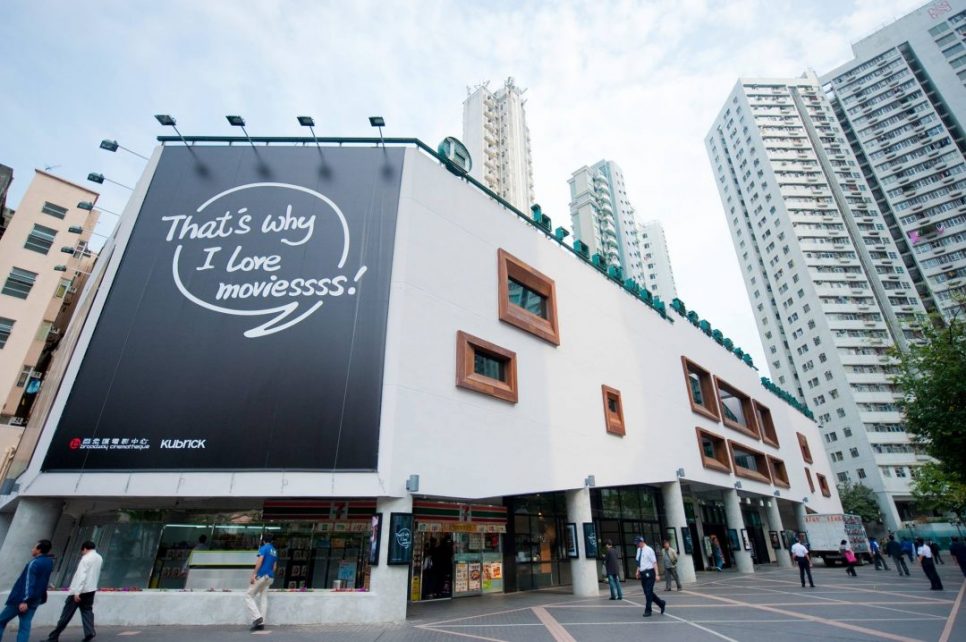 Broadway Cinematheque’s building was designed by Gary Chang, who founded the EDGE Design Institute in 1994. The cinema opened on 20 November 1996, the day of the Garley Building fire in the adjoining Jordan neighbourhood, and as a result business on its first day was quite poor.

The cinema’s initial strategy of showing only art film proved to be unsustainable, and so around 2000 it began showing mainstream films on two of its four screens. It is owned by Edko Films, which according to Broadway Cinematheque director Gary Mak is content for the cinema to break even in order to grow an audience for non-mainstream film in Hong Kong. It has served as a venue for film festivals such as the Hong Kong Asian Film Festival.